When Dr. Blair was growing up, softball was her passion. She comes from a family of natural athletes, and she was no exception. She excelled at softball through most of high school; she felt unstoppable on the field. She couldn’t imagine life without softball, until a tragic, knee injury led to a life-changing revelation.

Dr. Blair went to a traditional doctor with her injury, and they did everything they could to help. She went through a minor surgery, many pain killers, and physical therapy with little improvement. She knew she couldn’t continue her softball career without making the injury worse. She felt like part of herself was missing without softball. It wasn’t just not being able to play on a team that was bothering her. She had endless questions. How would this effect the life she had chosen? Would she be able to run and play with her kids someday? Would she even be able to walk on her own 20 or 30 years from now? She was overcome with despair, but she was about to find out that God has a way of using the darkness to help us see the light. 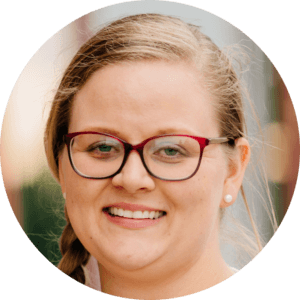 A friend saw what she was going through, and suggested a chiropractor. Dr. Blair went to the chiropractor, but she didn’t have high hopes. It sounded a lot like the physical therapy she had already been through; she couldn’t have been more wrong. The chiropractor looked at her knee and said, “We can fix this together.” She was ecstatic, but she didn’t know what he meant by “fix this together.” She had no medical training or experience. How could she be part of fixing her own injury? But the chiropractor had offered her hope when she had none, and she was willing to try anything.

The chiropractor set her knee, adjusted her spine, and performed various muscle therapies, explaining that once her body was in a state to heal itself, it would. She instantly felt relief from the pain that had held her back for months. She continued under his care, and her knee did heal. She was blown away by the power of her body, but also shocked at how long it had taken her to find out about chiropractic care. How many people are longing for a second chance at the life they had planned? How many are living in constant pain without hope of relief? Even many people in her own life had already accepted chronic pain or limited mobility, because they had never searched beyond traditional medicine. She had found relief that was available to anyone, if they would accept it; her heart broke for them. She wanted to show them what they had missed. She wanted to see their faces when they realized that everything they needed to heal has always been inside them. She knew she was being called to become a chiropractor.

Eight years later, she had completed her undergraduate degree and was getting ready to graduate from Sherman College of Chiropractic with advanced studies in sports medicine, prenatal care, functional neurology, applied kinesiology, nutrition, and internal health. She was awarded the Milton W. Garfunkel Award, which is the highest award given to one member of each graduating class for having exhibited superior abilities in the academic, clinical, and philosophical aspects of chiropractic, and having demonstrated a high degree of commitment to the college community. She spent some time practicing in Greenville, South Carolina, before she moved back to Michigan to be near her family.

When she isn’t serving as Allendale’s family chiropractor, she can usually be found at the beach, hiking with her dog, Buddy, or reading a book in her hammock. If the story of her struggle with her health sounds a lot like you or someone you love, give us a call and let Dr. Blair help your body restore itself.

WE’D LOVE TO Connect WITH YOU